Perplexing Puzzles with The Room VR : A Dark Matter on Oculus Quest. 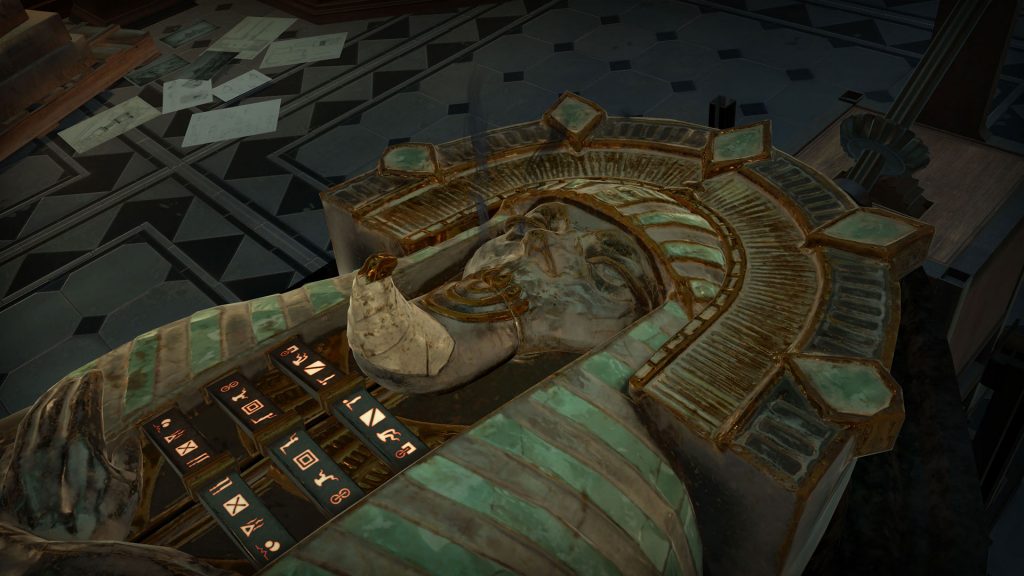 The Oculus Quest has fast become a hub of entertainment for those seeking distraction amidst lockdowns across the world. Undoubtedly amidst that chaos puzzle games on the Quest have really come into their own. One title in particular has stood out head and shoulders above so many others ‘ The Room VR :  A Dark Matter. ‘  Developed by Fireproof Games, The Room has been gaining a huge fan base for a while now after the team published the first game back in 2012. Since then that fan base has grown tenfold and the games have developed into something quite remarkable. Now those games have been taken into a whole new arena within VR and the question is just how well do they shape up? 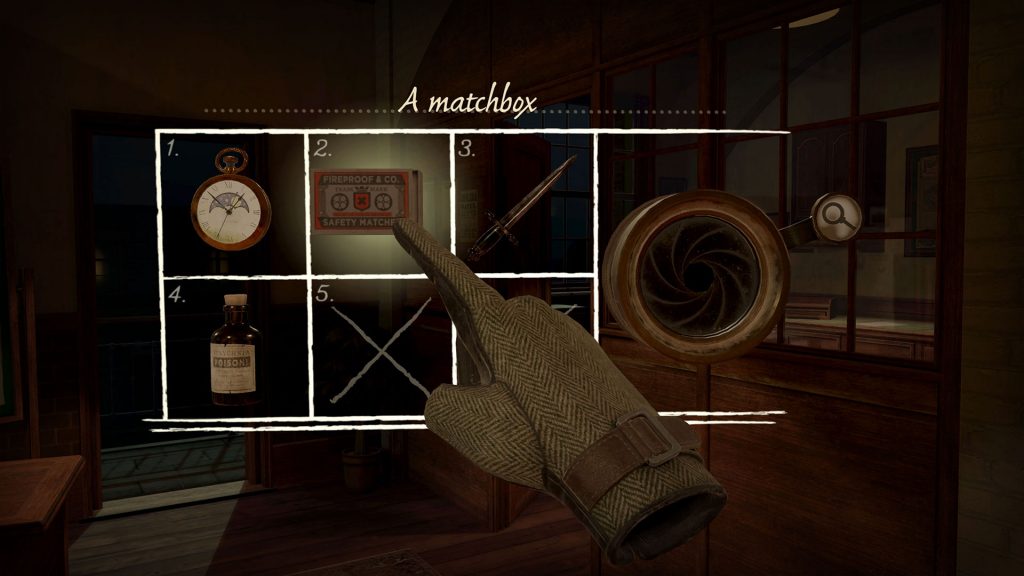 Set in 1908 the player takes the mantle of a detective working a missing person’s case. That case will take you from your rooftop office through a myriad of incredible (and we mean incredible!) locations based around mysterious Egyptologist you’re pursuing. Each of which will teach you more and more about the missing person in question and the fact that this isn’t just another normal case. Far from it. 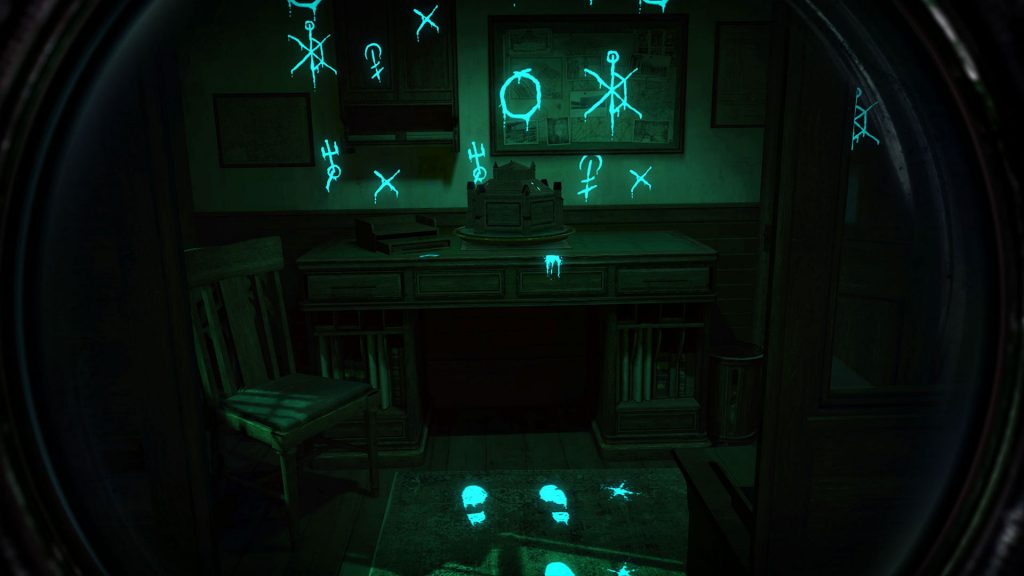 What’s remarkable immediately with The Room is just how integral the framework of VR is to the story and gameplay. On top of which the graphics have to be some of the most stunning we’ve seen on a Quest. Even with it’s standard Qualcomm Snapdragon 835 processor The Room maximises the chipset superbly. Areas are rendered with convincing depth and even textures such as marble have their reflective surfaces displayed in a realistic way with the motion of the gameplay.

Gameplay itself is an absolute joy, and to any fans of Victoriana you will love finding yourself thrown into the midst of gothic early 20th century London as you explore mysterious areas ever intent on solving the enigma before you. What’s particularly refreshing is the fact that the game can be played standing or whilst being seated. So you can rest assured when handling an item you won’t have to worry about dropping it out of your play area. 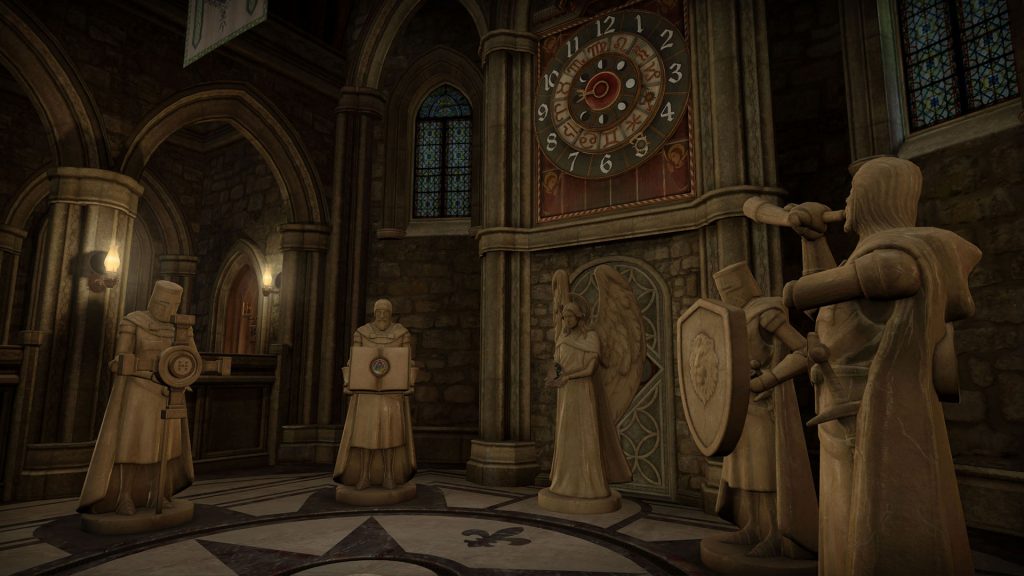 The sense of immersion within the environments is also absolutely incredible. Cupboards and lockers and levers are easily opened, closed or turned with reassuring motions.  You’ll find yourself pouring over the highly detailed backgrounds in the hope of uncovering a fragment or clue which perhaps you’d initially overlooked. Also importantly the pace of the storyline is spot-on and as a slow burn mystery you’re never felt rushed or lost as to what was happening. The fact that the player ‘transports’ from point to point within these locations is to us if anything a benefit as there’s no risk of suffering motion sickness from manually moving around via a joystick. Also if anything it helps keeps a thoughtful and balanced flow to the story in question.

Puzzles also strike a nice balance being never overly easy or too complex. But it was also welcome to find a built-in ‘hints list’ in your inventory just in case you find yourself really stuck and need a little helping hand. We think you’ll find at least a decent solid 6-7 hours of gameplay within The Room and spending that long amidst such gorgeous surroundings is no bad thing whatsoever.  An absolute must title for any Quest owner.

Grab your copy at

Previous: Powerful Projections from the XuanPad Mini Projector!
Next: Arcade Awesomeness with Path of the Warrior on Oculus Quest.