Arcade Awesomeness with Path of the Warrior on Oculus Quest. 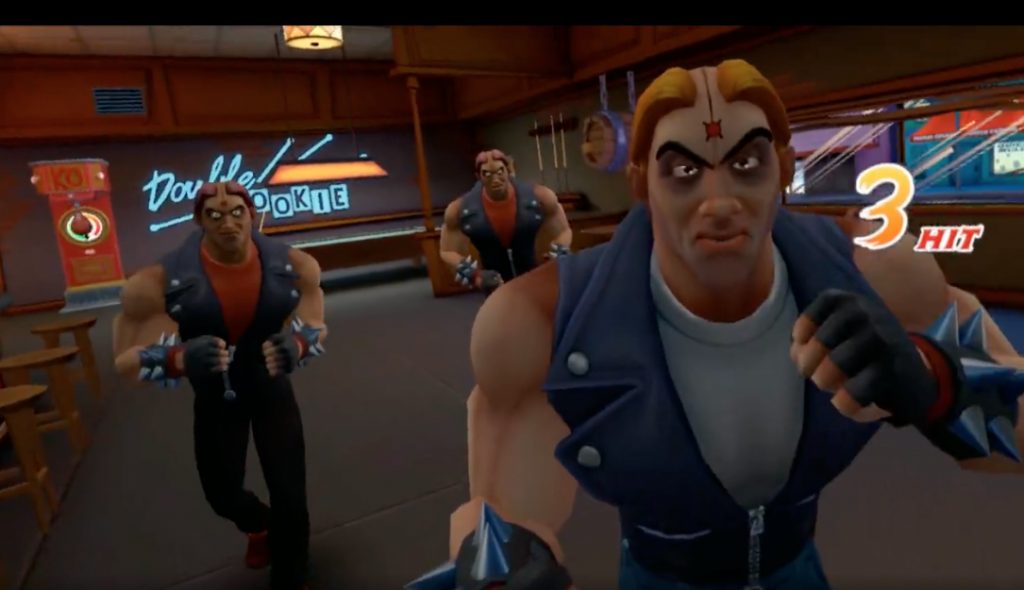 We’re big into our retro games at GYGO. The glory days of smashing the faces of various 16-bit thugs on classic titles such as Streets of Rage or Double Dragon in your local arcade are surely up there as some of the best gaming days of the past 30 years for many serious gamers.

So as big VR users we were particularly intrigued to hear of a new game out now on the Oculus Quest fast gaining attention for offering a whole new perspective to the classic beat-em up.

‘Path of the Warrior’ by developer Twisted Pixel is an ingenious new take on the beat-em up genre. A true homage to those classic games of yesteryear which graced many an 80’s arcade. Planting the player firmly in the shoes of a hero who has to fight his (or her) way through Rage City which we learn via the intro has been taken over by thugs who’ve attached dynamite to a variety of innocent civilians. 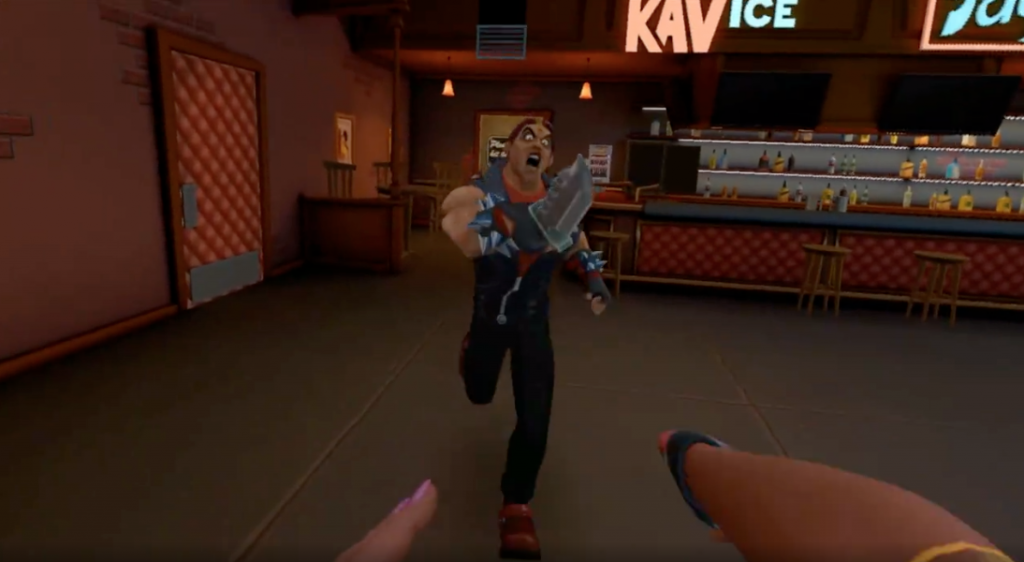 Game play is fantastically straight forward and from the opening tutorial which throws you into a stylised 80’s New York style street, you know you’re in for a treat. What’s most striking arguably is the effect of ACTUALLY being face to face against these bad guys who are lining up to fight you. With those classic side scrolling fighting games there was always a distance to the gameplay. Not in the case of Path of the Warrior and once you’ve got past that initial shock there’s a huge amount of fun to be had as you lay into wave after wave of a variety of classic looking bad guys.

Fighting is easy to get to grips with. Fist movements trigger obvious punches such as hooks and jabs. Whilst button presses activate kicks or even a spin kick for when you’re surrounded. Just remember to keep eating to ensure your health metre stay high. We really worked up a sweat taking out those street thugs and it has to be said POTW is a great means for a quick workout. The immersion into the game is superb, it genuinely feels like you’ve been sucked into an ’80’s arcade game and you’re free to do what want. Heck even that classic rock soundtrack if spot on. For fans of that era and the games there’s no chance you’ll get tired of this anytime soon. 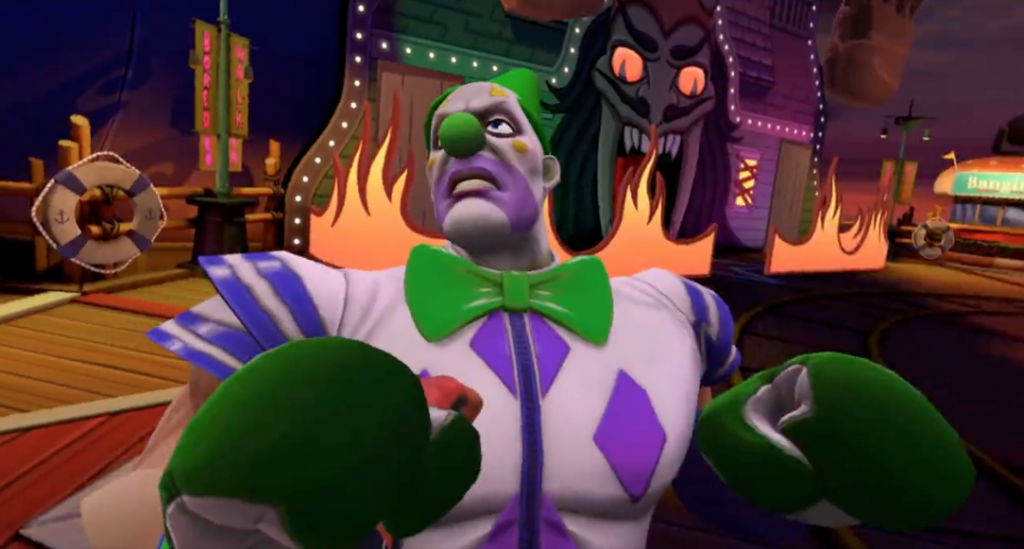 Accompanying this is the fact that there’s a huge (and we mean HUGE) wealth of weapons out there to use to beat up your foes. From pool cues and bar stools in the first level, through to pots and pans in the kitchen area. The variety of ways to clobber your opponents won’t get tiring anytime soon. Even better once you’ve hit your opponent over a certain amount of times they’ll start to ‘swoon’. At this point you’ve the choice to indulge in picking your foe up to throw into a background object accompanied with a brilliant array of animations (we particularly loved throwing them into the pizza oven) or just into each other. It’s so much fun!

Path of the Warrior is an essential purchase for any fans of those classic arcade beat-em-ups. Just ensure you’ve got a decent size footprint to play in (so you don’t end up uppercutting a wall )