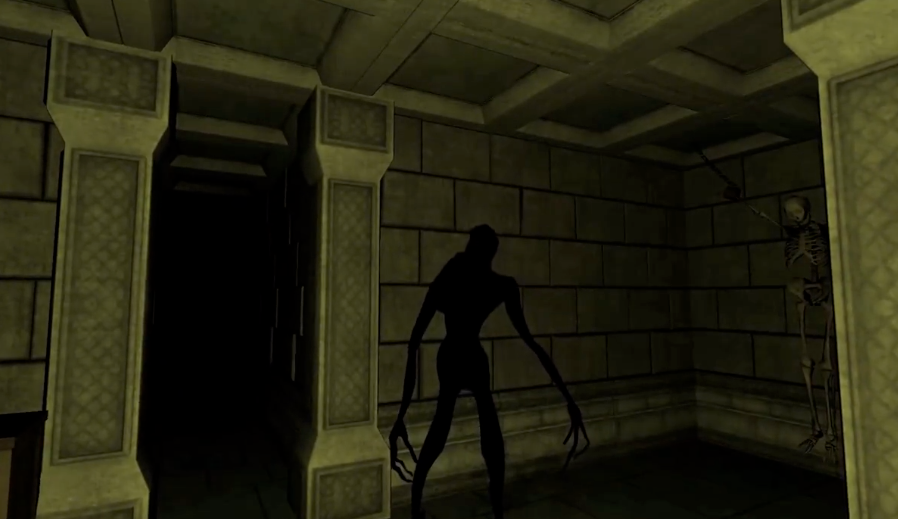 As we’ve enjoyed delving into the huge variety of games currently out there currently on the Oculus Quest one genre, in particular, has really caught ours (like many other gamer’s attentions). Horror is a genre that is given a whole new (literal) perspective in VR. Whilst looking into the many horror Quest titles out there, one title came up time and time again with a huge amount of adoration from the gaming community, ‘Dreadhalls’. Now we love a good horror game and with the promise of a large dungeon to explore and multiple horrors to encounter we were hugely grateful when the developers White Door Games offered us a chance to venture into these darkened halls of terror for ourselves. So, stood in a dark room with a full battery to our Quests we fired up this unique experience and tentatively stepped into a world of darkness. 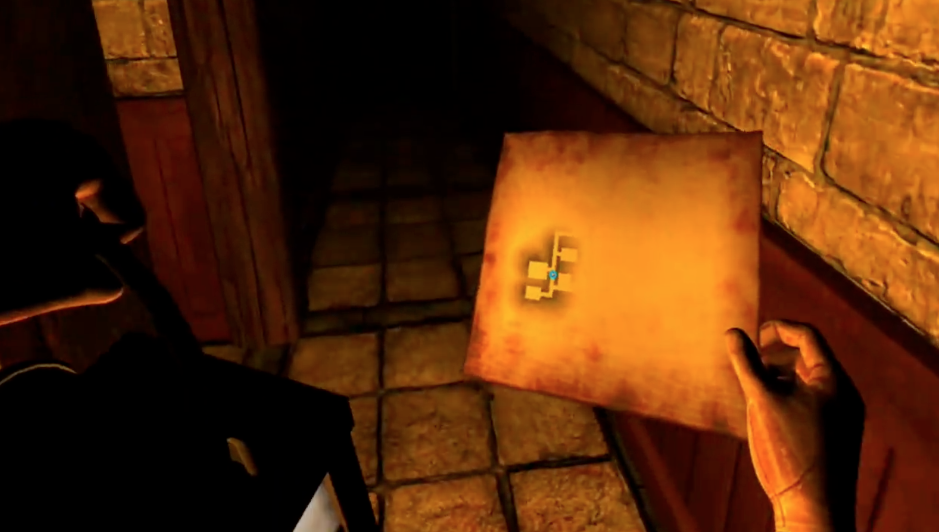 Dreadhalls finds the player exploring a vast underground labyrinth of brick, dungeon-like tunnels. Attempting to find their way through whilst at the same time unraveling the secrets of their location. First off, it has to be said the sense of immersion is incredible. Even with the Quest’s limited resolution, it’s remarkable how White Door Games have recreated the sensation of being lost underground so superbly. The emphasis from the get-go is firmly on building the atmosphere and the developers have done this masterfully. With the player armed purely with a lantern in one hand and a small inventory made up of lock picks for certain doors, map, coins and lamp oil (you’ll need lots of that not to be left in the dark.)  The set up is simple and incredibly effective.

Lighting plays a key part within the game and it’s fair to say the shadowing and lighting effects are brilliantly recreated. By holding aloft your lantern you’ll illuminate otherwise darkened areas of the Dreadhalls and potentially disturb the ‘things’ that lurk in the darkness. Or perhaps you’ll choose to extinguish the flame to save precious lamp oil as believe us there’s little scarier than finding yourself stuff in the dark. White Door Games evidently have realised there’s no need to overcomplicate the gameplay and detract anything away from building fear. Something which they’ve done with superb precision.

Over the course of the first two levels the player is carefully led from room to room getting to grips with controls and discovering more about the maze-like dungeon they’ve found themselves in. What’s unique about Dreadhalls is the fact that the map changes every time you play. So if you quit and restart a game then quickly your sense of navigation is thrown as you find yourself in an entirely new layout. It’s phenomenally disconcerting and brilliantly effective. 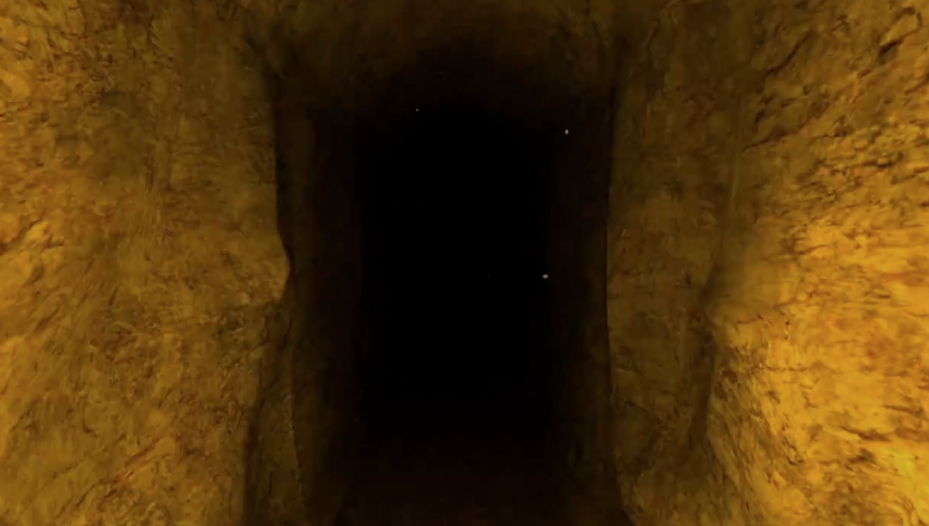 Eerie sound effects cast strange and unnerving noises ever just beyond your surroundings keeping you firmly on edge. Sound design is absolutely genuis in Dreadhalls. Without giving anything away, some of the scariest moments are when you turn a corner hearing something just beyond your view, expecting to encounter something only to find it’s not there at all, it’s in fact behind you. Or you think you see something on the edge of your vision, only to find out it’s gone and is now lurking in the next room. Also with that dungeon mechanic, you’ll never be able to guess the same scare twice. The build of dread is incomparable to anything else we’ve played. It’s truly masterful and has to be experienced to be believed.

We absolutely love Dreadhalls, it’s a gorgeous looking game with some absolutely terrifying moments wrapped up in a genuinely interesting exploration game. We can’t recommend it highly enough.

Grab your copy today at http://www.dreadhalls.com/