Last year we were lucky enough to get a chance of checking out Anker’s quite fantastic Capsule 2 projector, a mighty projector with a high-intensity output and impressive battery life which fitted neatly into a footprint just over the size of a can of soda.

This year the team at Anker  have been kind enough to offer us a chance of covering the Anker’s sister projector the ‘Nebula Apollo’ another wi-fi mini projector with a host of features and abilities under the demure casing. As we’ve been suffering from a lack of cinema outings amidst lockdown how could we refuse the promise of testing out what looked to be an incredible projection device! So taking the team up on their offer we decided to put the Nebula Apollo to the test. The question is just how would it fare compared to its sister projector?

Akin to it’s brethren The Nebula Apollo carries that classy Anker style. This time the casing has a more rectangular finish with the sizing at 5.2in x 2.6inches x 2.6 inches and weighing in at just 581g. The unit’s square base allows for a more stabilised foundation too to your projections. However it should be said, like the other Anker projectors  the Apollo has a screw fit base meaning you can easily attach it to a tripod for projecting onto your wall. This makes it particularly handy for easily angling wherever your screen might be situated.

That projection is also nothing to be sniffed at with a maximum native resolution of 854 x 480 and a brightness of 200 ANSI lumens. So even in nonpitch black conditions there’s great visibility for whatever your projection is. Not to mention the fact that from such a miniature unit, the Apollo projects out an impressive 100” screen for your viewing pleasure. This is perfect for capturing that pure cinematic feel. Akin to the other Anker projectors the Apollo carries a staggering lamp life of up to 4 hours on a single charge! So if you’re intending on some outdoor projections there are no concerns you’re going to run out of battery life anytime soon. 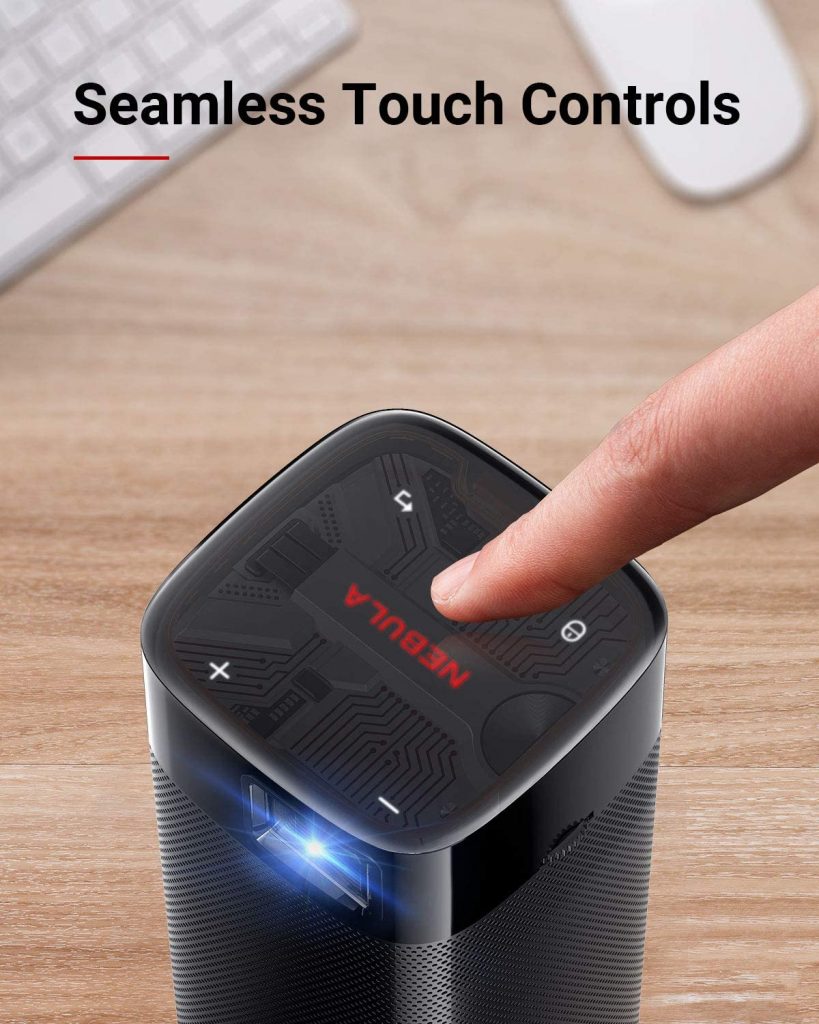 With that in mind it’s also great to see there’s a host of connections with the Apollo. HDMI and USB devices are connectable and you can wirelessly use Airplay, Bluetooth or Miracast in order to watch whatever you might fancy. Having said that you’re going to be hard pushed in needing extra content thanks to the inbuilt Android 7.1 operating system on the Nebula Apollo itself which comes with a host of installed apps such as Hulu, Amazon, Netflix, Youtube and many others at your disposable. Along with these are a wide array of other apps available to install including a myriad of games and even the weather channel. Believe us when we say there’s no better way to watch the weather forecast than being projected onto your wall! 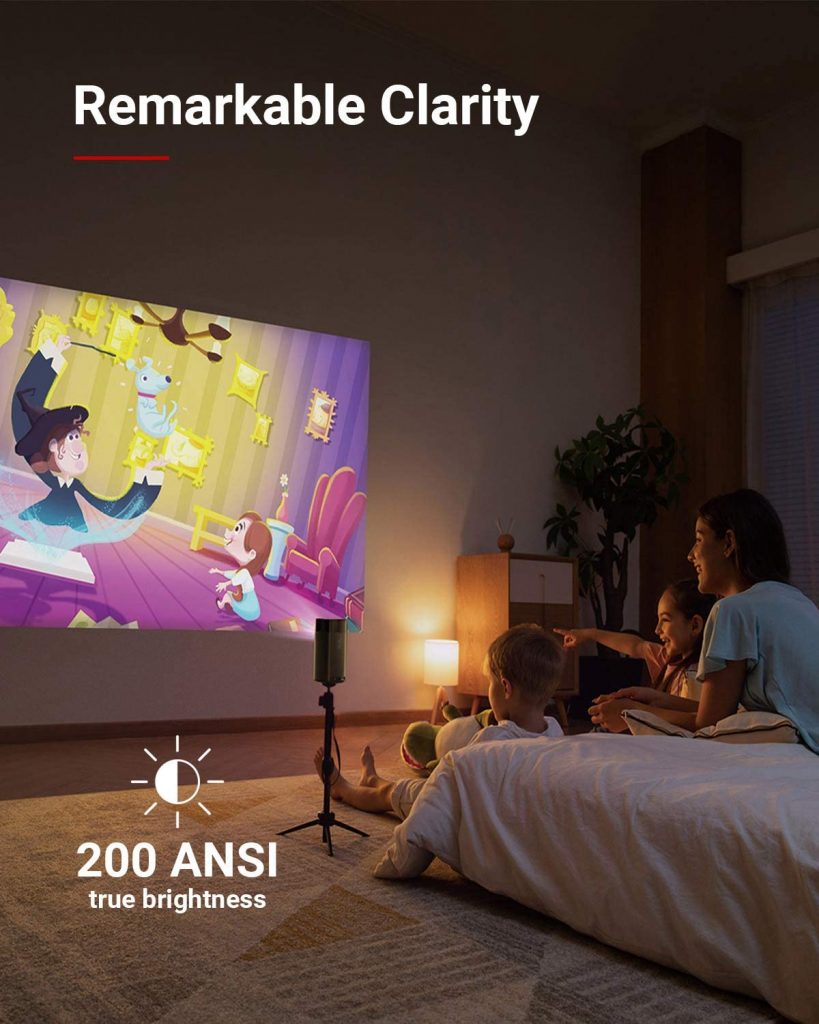 Control is also kept simple with the Nebula Apollo’s interactive Touch Panel allowing you to swipe your fingers across the top of the Apollo for quick navigating around the menu system. It’s true the remote control offers a great way for you to find your way around the menu systems. But when you want to type in the name of a program quickly, arguably the app blazes the way.

It should also be said that though the Apollo has a hell on an inbuilt speaker (no surprise, this is Anker after all) and if you’re relying on the Apollo’s system alone you won’t be disappointed. However for anyone looking to extend their speaker systems, the Nebula seamlessly integrates with other bluetooth speakers allowing for a plethora of audio options!  But in our opinion you won’t go wrong with choosing a setup with Anker’s very own Soundbars and ‘Flare’, really allowing your projection’s audio to fill wherever you’re projecting.

All in we absolutely loved the Nebula Apollo. It’s unique design allows for a sturdy projection with phenomenally slick controls thanks to it’s innovative navigation system directly from the device.

It’s an absolute steal – make sure you investigate one today over at.