Prepare To Be Shaken And Stirred As Secret Cinema Announce Further Tickets For It’s Sold Out Casino Royale Shows! 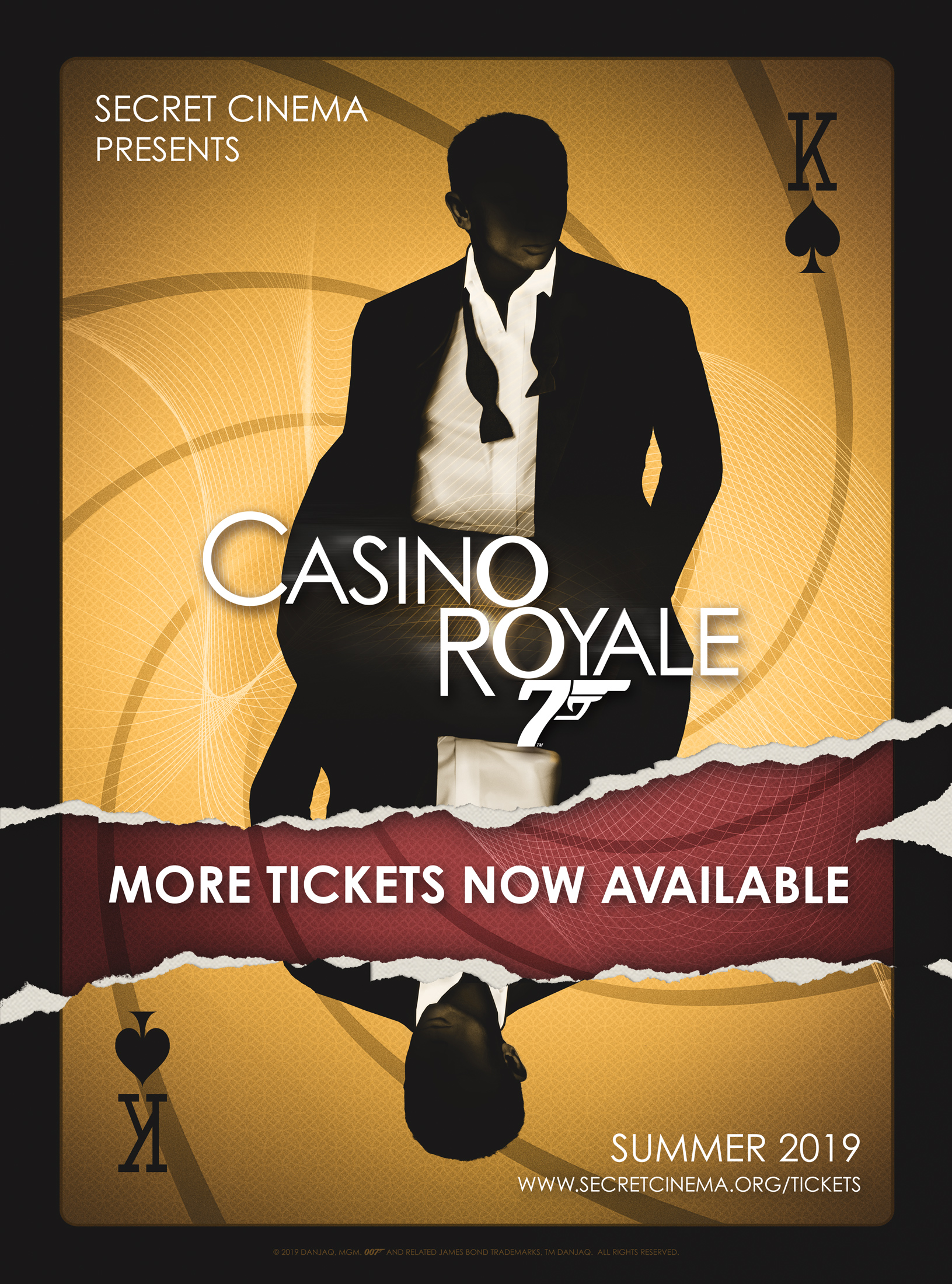 It’s no secret we’re big fans of Secret Cinema here at GYGO so when it was revealed the team are currently working on a production based around the phenomenally successful James Bond film Casino Royale we couldn’t wait to find out more. Now we’ve been told that after the show’s incredible demand for tickets, Secret Cinema have extended the show run and capacity with additional tickets on sale now!

Best move quick if you don’t want to miss out on this incredible chance to be part of yet another amazing Secret Cinema experience! (Here’s the official info below)

Secret Cinema has today announced that further tickets have been added for the previously sold out production: Secret Cinema Presents Casino Royale. The experience will now run from Wednesday 5th June to Sunday 22nd September. The additional tickets and show nights go on sale on Friday 25th January at 12pm (GMT).

The announcement of additional tickets for the previously sold out event has been made due to phenomenal consumer demand.

The reimagined space enables the kings of immersive cultural experiences to create the largest, most detailed world they have ever produced whilst offering those that missed out initially an opportunity to participate in one of the most anticipated cinematic events of 2019.

Recruited as part of ‘Operation Wildcard’, attendees will join either Q or M Branch. All audience members will be given the opportunity to develop their own character, receiving a thorough MI6 brief containing an alias, dress code and training suggestions to help them prepare for a night of high stakes, sophistication and deception.

Blurring the lines between fiction and reality, Secret Cinema Presents Casino Royale will completely immerse audiences into the glamourous and action-packed world of the iconic and legendary British spy.

Created by Fabien Riggall, Secret Cinema has thrilled audiences for over a decade with its ground-breaking event format that combines film, music, art, and theatre through the prism of iconic and beloved film. With the addition of extra dates this experience will be its longest-running production.

Angus Jackson, Creative Director of Secret Cinema presents Casino Royale said: “The audience demand for this experience has been unprecedented. The popularity has allowed us to go even further into the world of espionage and create our most detailed production to date.”

Fabien Riggall, Creator of Secret Cinema and Executive Producer of Secret Cinema presents Casino Royale said “Secret Cinema has continued to push the boundaries of reality to create highly imagined worlds of the most loved films. Taking on James Bond is a hugely exciting mission for us. We are thrilled to welcome Angus Jackson as creative director of this production and building one of our most ambitious worlds yet.’

Full details and tickets can be found at tickets.secretcinema.org. Follow the story across social media using the hashtags #TrustNoOne