We’re Local! An Audience With The League of Gentlemen at the BFI 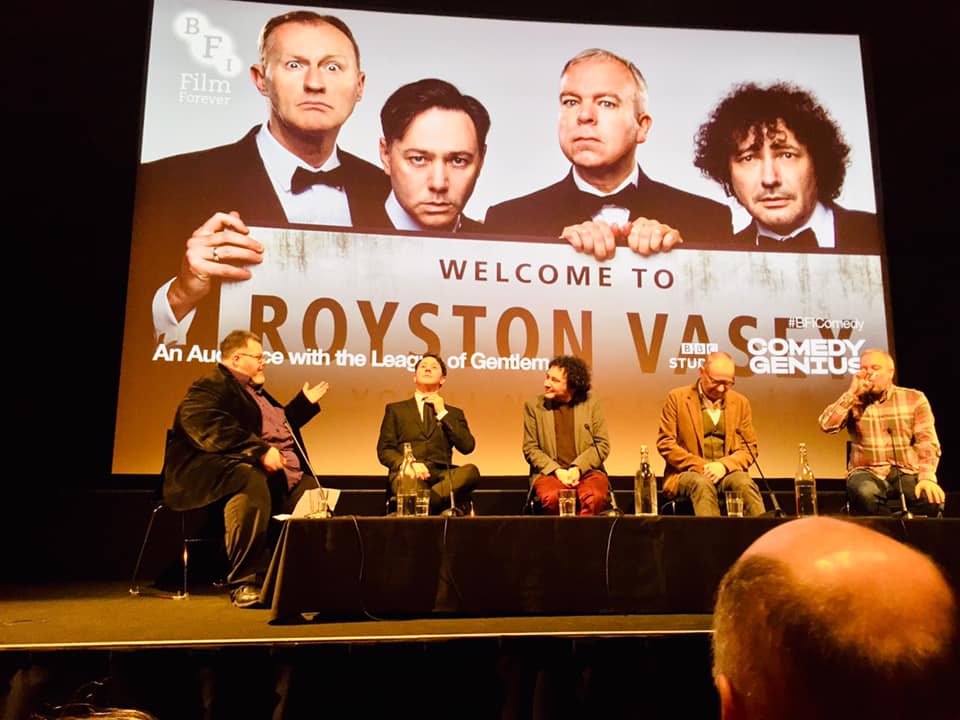 Heading into December it’s fantastic to see the BFI have such a huge variety of exciting screenings and Q&As on offer. So when we heard the BFI announcing a very special ‘Audience with ‘ featuring the beloved ‘The League of Gentlemen’ as part of the BFI Southbank’s BFI’S COMEDY GENIUS season we simply had to find out more!

It’s hard to believe that ‘The League of Gentlemen ‘ premiered back in 1999 on the BBC (following a successful stage show and subsequent radio show). It’s no secret that from such humble beginnings creators Mark Gatiss, Reece Shearsmith, Jeremy Dyson and Steve Pemberton have risen to the forefront of British Television.

Gatiss’s work has included writing for shows such as Sherlock and Dr Who along with appearances in shows including Wolf Hall and Game of Thrones. Shearsmith has also appeared in films such as The World’s End along with creating shows such as Psychoville and Inside No.9 – alongside appearing on stage in shows such as The Producers. Pemberton has also worked with Shearsmith creating and writing Psychoville and Inside No.9 alongside appearing in a plethora of TV shows including Shameless, Whitechapel, Happy Valley and Mapp and Lucia. Whilst Dyson has gained a reputation as a horror writer alongside writing Ghost Stories with collaborator Andy Nyman and recently co-directing the movie adaptation of the play.

After a long hiatus the team returned last year for a series of ‘specials’ on BBC giving a glimpse of what life was like in 2017 in Royston Vasey. Following the success of the TV specials The League then announced a tour for 2018 which followed the cliffhanger ending of the TV specials and tied up some of the loose ends. After the tour this was a chance to catch one last evening officially with The League, and watch some clips from the upcoming League of Gentlemen Live DVD being released this December. With a huge army of fans it was no surprise when the event sold out quickly to BFI members after tickets were placed on sale.

The evening gave a rare insight into some of the behind the scene moments from the tour and how certain routines came to be. Not to mention how the team rehearsed and put together the show over an incredibly short period of time. We loved hearing about how Herr Lipp’s accosting of the audience got him into hot water with one family and the team’s decision to change some routines in favour of others. Following the discussion, a Q&A session was announced allowing the audience to find out more about the team’s thoughts on their role in comedy and their plans following the League. Again some fantastically insightful pieces of information came up and it was great to find out about how the team see themselves within the comedy world.

This was yet another fantastic BFI Southbank event and truly a special opportunity for League fans to officially bid goodbye to the four. There’s a host of new exciting events coming up at the BFI Southbank and we strongly recommend you keep an eye on their website to get tickets whilst you can!