We love gadgets which allow us to explore the great outdoors at GYGO. So when we heard about the fantastic Itwit 2 man inflatable kayak, a robust two man inflatable kayak which promised to pack away into a backpack with just one additional bag for paddles we simply had to find out more!

The team at Itwit have extensive experience within nautical vessels including various body boards and canoes all of which have been acclaimed by boat users worldwide. The feat of packing an effective nautical vessel into a transportable bag is an achievement which many companies have tried to varying success. But it’s also one where Itwit most certainly excels. 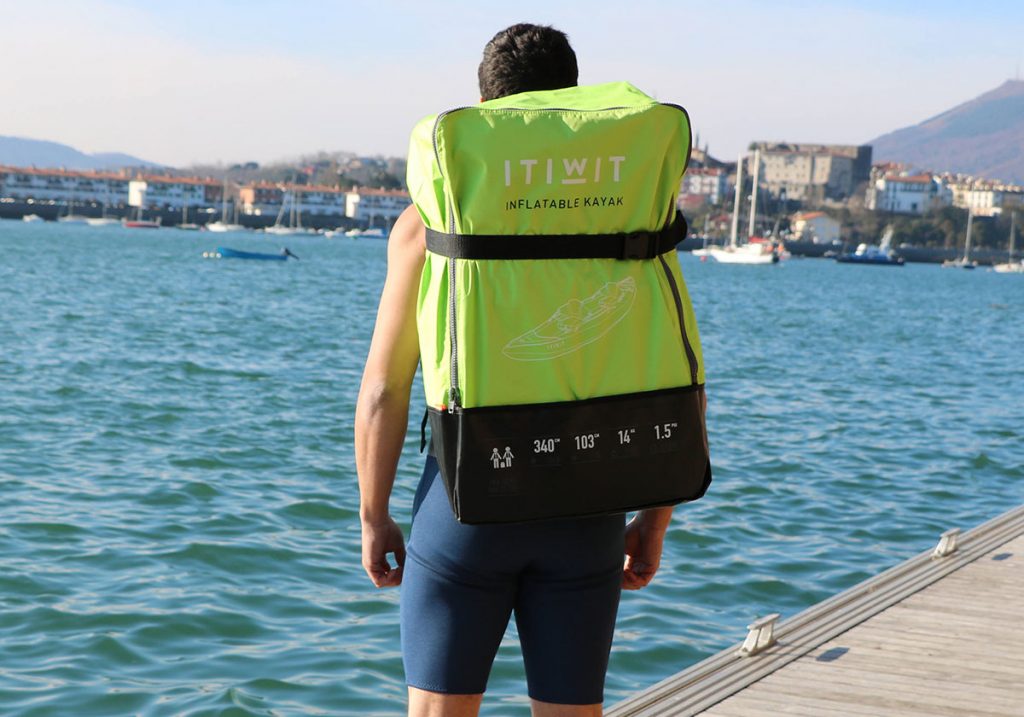 Straight out of the box the Itwit kayak is reassuringly sturdy with a thick outer casing which you can rest assured will sustain plenty of knocks between water and land without  The kayak is also packaged in a strong backpack, making it easier for transporting to and from your water source. Arguably it could be said the bagged boat is somewhat heavy at 14kg but for the quality alone of the boat it’s under stable. On top of which it makes it easier having your hands free to carry any additional extras. 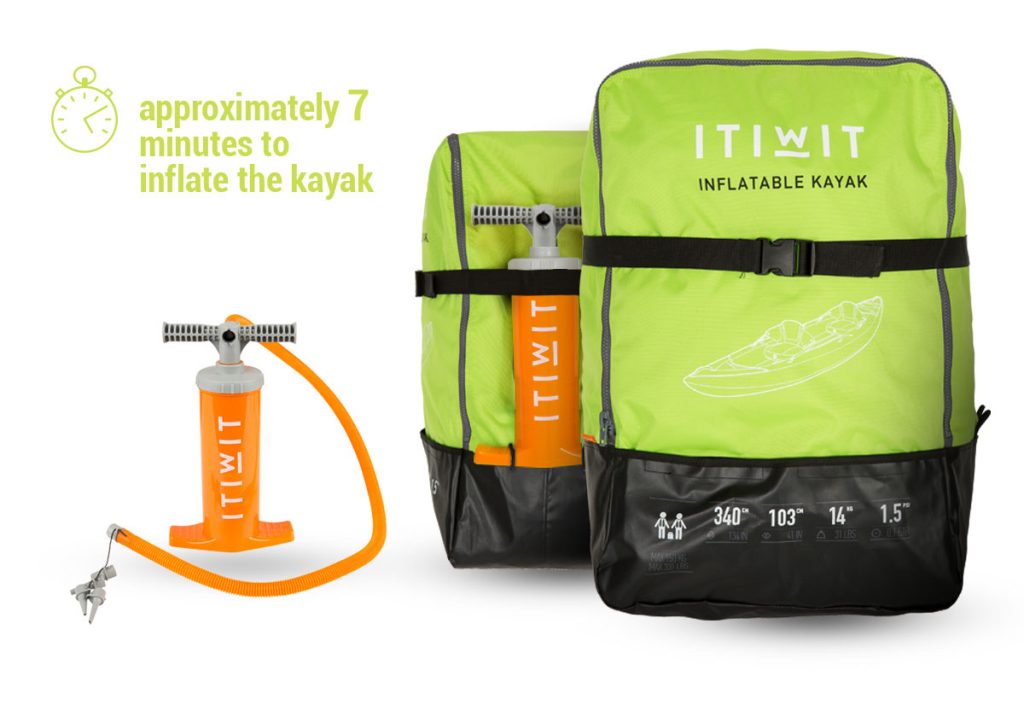 Also accompanying the kayak are two sturdy paddles, and two raised adults seats, thoughtfully packaged in a shoulder bag, again making it so much easier for transporting. Accompanying this was itwit a own pump which really made short work of inflating the kayak. Having tested out kayaks before we weren’t sure just how effective this would be, but in inflation time it has to be one of the quickest we’ve tested and we managed to pump up the boat in just 10minutes.. Simply by inflating via the three ‘Boston’ valves you’re able to quickly pump up the main sections of the boat without any unnecessary hassle.

Lastly Itwit were also kind enough to provide two safety vests to ensure if any disembarking did occur, we wouldn’t sink!

Rolling out the Itwit inflatable it’s really quite incredible just how long the boat rolls out to from it’s compressed size. Whilst packed the bag comes to just 67cm x 44cm in size, making it easily packable within the accompanying Itwit bag. But once inflated  the boat impressively reaches a mammoth 340cm length x 103cm in width ! We were really impressed with this, especially considering just how much of the boat is concealed when folded and bagged.  The 100% polyester (PES) clearly is durable enough to tackle multiple scratches and scrapes. Whilst the interior 100% polyvinyl chloride is strong enough to allow for random debris and minor sharp objects which is great when you’re carrying accessories with you!

So embarking, two of us boarded the sturdy looking Itwit inflatable kayak, with a decent amount of baggage (two rucksacks) and set up upstream to test just how effective Itwit’s stunning looking boat would be in river waters!

Setting off in our local river on a particular sunny day we hit the waters and aimed to put the Itwit through its paces. The first thing that was really noticeable was the speed of the boat cutting through the water. We re told this it down to its patented bow shape and 3 keels which give the itwit such a great glide quality.

Also thanks to the two side tubes and the boats wide inflatable floor you really do feel safe and sound on the boat, as it keeps you in an upright but comfortable position for paddling.  Something which takes the strain out of paddling, especially when the current is against you.

What’s impressive is the effect of the Itwit feeling like a solid hull kayak, even when it’s an inflatable. The sturdiness of the build quality and the ease of cutting through the water really does make all the difference in terms of buoyancy and user comfort. Having sat in inflatable kayaks before which have been easily torn by underwater debris this is something which we’ve really appreciated.

As we disembarked and reached land, the quick delation process again made short work of getting the boat into a foldable state for packing into a rucksack. Simply by releasing each valve we could quickly evacuate the air allowing the bag to roll tightly into a small enough size to be bagged. Incredibly impressive!

All in we were blown away by the Itwit – and would highly recommend you grab one of these fantastic boats.