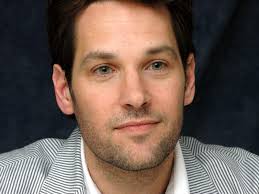 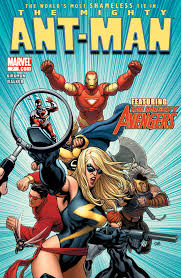 It seems that the next Marvel Comic book character to be turned into a movie is Ant Man. Now if you’re not familiar with the story, Ant Man is about a superhero named Henry Pym, a brilliant scientist who has invented a substance that allows him to change size. He shrinks down to the size of an insect to become the mystery-solving Ant Man. He eventually shares his secret with his girlfriend Janet Van Dyne, who becomes Wasp, his crime fighting partner.

With a release date set for summer 2015, there has been no mention of what the story will tell, but chances are it will be about how Henry Pyn became Ant Man, since that is how many Marvel Superhero films begin with, before preceding with how ever many sequels they intend to make. However, one thing that has been decided is the lead role of Ant Man, and that is to be played by none other Paul Rudd. Apparently Rudd, was a front runner for the lead role, along with Joseph Gordon-Levitt.

It’s hard to imagine Rudd in a superhero role, since he is best known for his comedy. It seems like so many actors want a superhero role, be it for increased fame or to carry out their childhood fantasies. Is he the best choice for the role or could the wrong actor choice create a flop like The Green Lantern before the film is even in production?