Delving into the Creative Depths. SelfMadeHero’s stunning ‘Herman by Trade’

SelfMadeHero’s Herman by Trade is an impressively unique take on the graphic novel following the story of Herman, a seemingly normal, everyday street cleaner. What sets Herman apart is his incredible ability to shape shift into other characters. Literally anyone he wants to. From such unremarkable beginnings Herman’s world explodes as he sets to work with filmmaker Mio, auditioning for his latest film. As Herman involved himself within the world of Mio, the ramifications soon become all too apparent as everything is thrown into disarray. 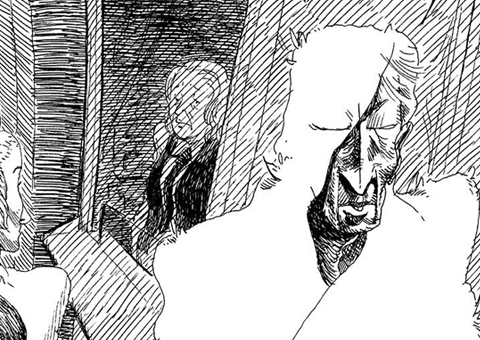 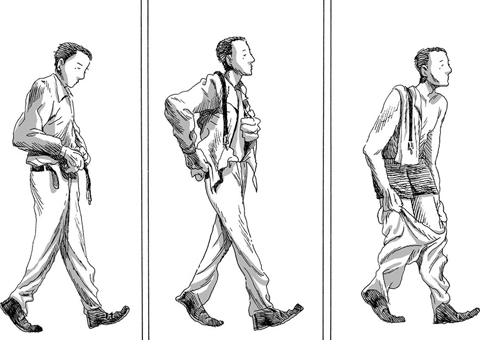 Chris W Kim’s beautifully detailed graphic novel is a superbly engaging read and a real feast for the eyes. The colour palette is also well suited to the story. With a greyscale finish, you can really get a chance to concentrate on the impressive line work that’s gone into the panelling.This detailed line work is truly something to behold, and you’ll find yourself pouring endlessly over the panels depicting scenes of countless extras just pulling out the small details. Herman’s story is truly something different but still wonderfully human. Raising questions of morality and ethics a rich backdrop of filmmaking. 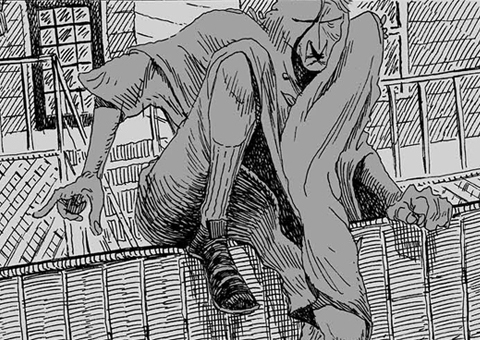 As a story it completely takes you by surprise, as it’s unlike anything we’ve read before. Though it’s avant grade it’s hugely engaging – and the fantastical nature of the tale is balanced by the humanity shown as Herman attempts to imitate countless people. Though in the process he realises attempting to recreate them he can only portray the aesthetic and not replicate that real person completely.

Herman By Trade is a fantastic story, something different but beautifully illustrated- make sure you get your copy from