With current talk of a Hollywood film about the legendary game in the works, we thought there’s no better time to check out Selfmadehero’s fantastic graphic novel ‘Tetris – The Games People Play’ by Box Brown, a fascinating insight into the creation of Tetris – Alexey Pajinov’s renowned puzzle game which has hooked gamers world wide since launching in the 1980s. On top of which a powerful look into gaming as a whole and it’s history and why it attracts so many people. 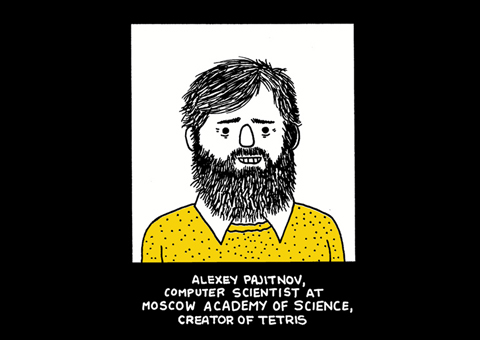 The book tells the story of Alexey, a programmer working for the soviet government, who developed Tetris in his spare time basing it on a simple puzzle formula. From these moderately humble surroundings a gaming revolution would emerge post the fall of the iron curtain.

We also get an insight into Alexey’s motivations behind creating the hit game and his passion for the puzzles. As Tetris’ reputation quickly gathered interest, a clash of titans emerges between Japanese manufacturers, American consumer electronics companies not to mention the Soviets all keen for a piece of the pie. To say things get messy with the copyright is an understatement and it’s incredible to see just how many organisations (both political and business) come to blows over wanting to own Tetris. 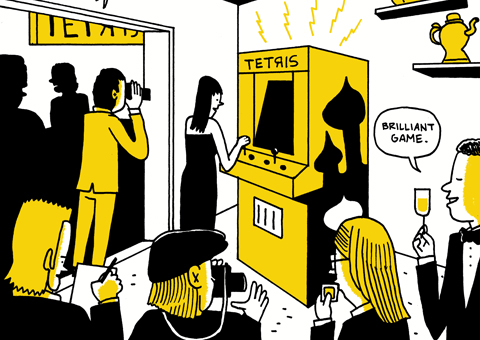 Amidst the panels lie mysterious deaths and a fight for rights from various companies. It’s hugely riveting with such a wealth of story to delve into. It’s also particularly interesting to get an insight into companies such as Nintendo and Atari who were still very much in their infancy of at the time.  Not to mention Mirrorsoft, the infamous company owned by media mogul Robert Maxwell. 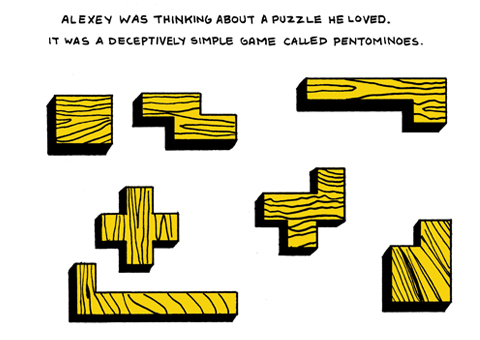 The illustrations are fantastic, and beautifully depict the tome of the book being both reflective of the 2D computing visuals of the time, yet still fantastically rendered. The colour tones of black white and yellow perfectly capture the minimalistic feel at the heart of the game whilst stunningly depicting the story. Accompanied with panelling which let’s the story flow steadily without ever letting the reader feel rushed. 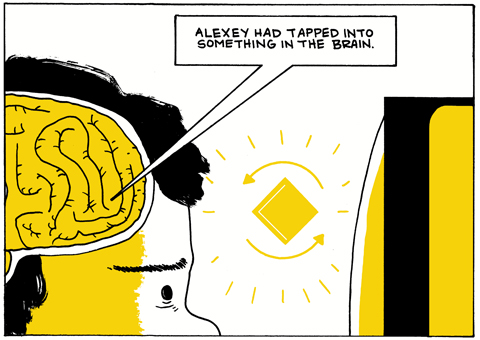 The story too is particularly engaging, leading the reader through a vast array of global settings as Tetris finds it’s feet amidst bureaucracy and clashing businesses to win the hearts of millions becoming one of gaming’s first global phenomenons. It’s incredible to see how such a small game of logic has exploded and taken the world by storm, and is truly fascinating to discover just how.

This is a fantastic retelling of how the legendary game came to be – make sure you get your copy today from http://www.selfmadehero.com/